On May 17, 1969 Reverend Father Manuel Garcia welcomed and thanked everyone for coming that evening to a meeting, which took place at “Clube União Faialense”, 199 Hemlock Street, New Bedford, and Massachusetts. He thanked in particular the administration of the club for the use of their facility to host what would be a very important meeting. Immediately, Rev. Garcia stated the all present the main objective of the meeting.

Father Garcia having stated the purpose of the meeting attempted to gain support for the idea, which was embraced by the small gathering. The group realized that it would take will, great effort and much work from the entire group for it to become a reality – yes, it became a reality!

Some were recent immigrants, others had been living here in search of their American dream, although all united wished to do good for the Land they loved and had left behind “A Ilha do Faial”.

At this historical meeting, a group of “Faialenses” motivated by the idea, they accepted the challenge and immediately they embraced the objective to create a fund, which would provide Scholarships for students in financial need in the Island of Faial.

In the same year (1969) the beginning of Fundacao Beneficente Faialense took shape by an organizing committee.

In 1970 to commemorate the First Anniversary, Delegations/branches were created in various areas, such as New Bedford, Massachusetts, Bristol and East Providence, Rhode Island. In the same year a representative was nominated in the City of Horta to carry out assigned responsibilities. Also the Fundacao sponsored the group Shalom to come to USA.

In 1971 Fundacao Beneficente Faialense expanded its base by creating more delegations in Greater Boston, Massachusetts and Horta, Faial.

In 1972, the first scholarship was awarded. In 1973 another delegation was created in California. During this period the development of the Fundacao was very important so were the fundraising efforts to increase the funds.

In 1980 another dream became reality. The Fundacao decided to reach out to the Luso-American youth and award scholarships to the children of the members in USA. The first recipient was Maria da Conceicao Teixeira.

Followed some years, which were very fruitful, and others less, but all in all it was a great effort and dedication of all who volunteered.  It is with great pride that the Fundacao in its forty-eight years of existence has awarded three hundred and seventy five (375) scholarships and has a fund of over $390,500.00.

We wish to applaud everyone who in some way has contribute to the development and pride of Fundacao Faialense, Inc. Congratulations to one and all! We hope that the example set, will be the foundation to wonderful future.

Education has been the concern and challenge for people of Faial. And in the other side of the Atlantic, that concern has justified the existence of Fundacao Faialense.

We hope for the strength to continue the great cause.


We count on you! 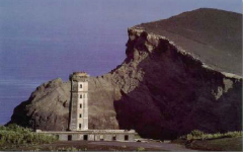 " Helping to shape a better tomorrow "